Confessions of a Skinny Fat Girl 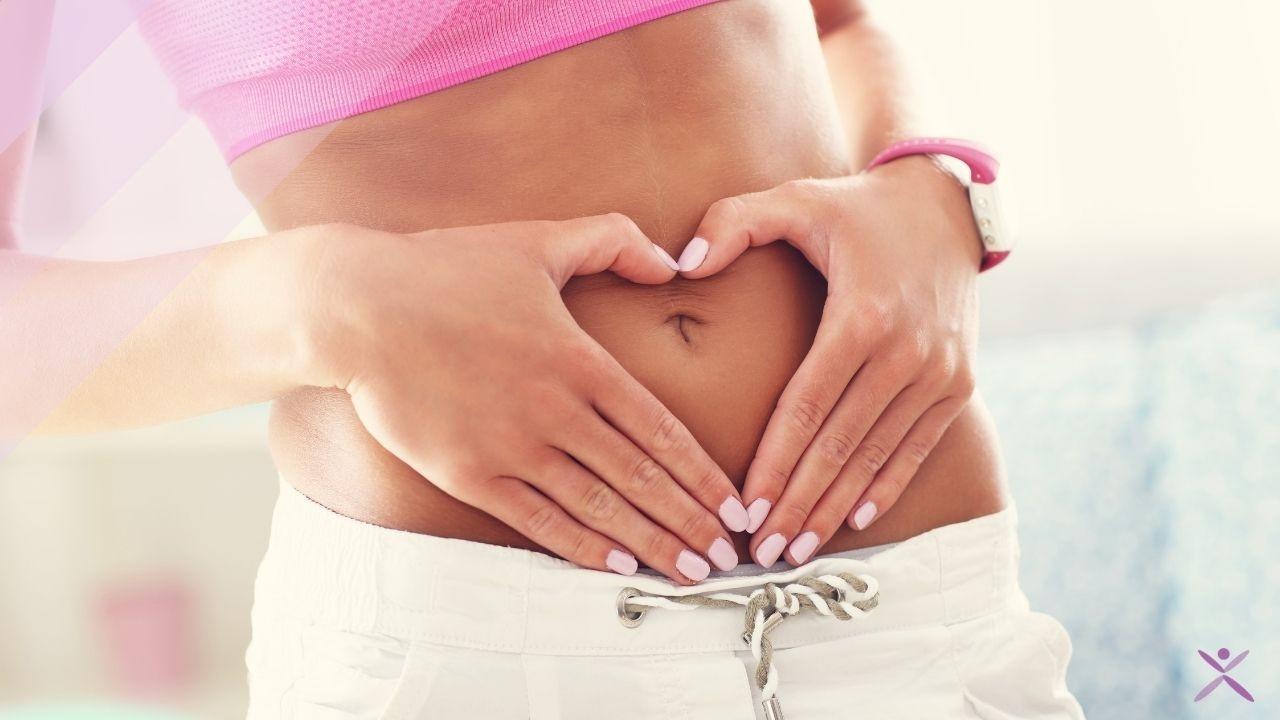 Since we are in full swing our Inaugural Nutritional Program Fall Training Camp, I figured I would share my story of how I made the change to healthier eating habits over a year ago and why I wanted to bring a program like this to our clients. I was probably what most people considered the effortlessly thin. You all know people like this who rarely go to the gym and whose diet consists of burgers, pizza, chili fries and soda. I will admit I used to indulge in chili fries at least once a month. But I am here to tell you that just because everything looks good on the outside…looks can be deceiving.

I had been an athlete all my life playing both in high school and college so I always considered myself “in-shape” and probably was while I was playing sports regularly. After college my sports participation was significantly cut back and so were other fitness outlets; however, I did not curb any of my eating habits. If anything my habits probably grew worse. I was a hearty meat eater and considered mashed potatoes (and of course potatoes in the form of French Fries) and corn suitable vegetable options. My idea of exotic fruit was a banana. I don’t think I had eaten anything of a green color until I was well into my thirties.

I kept rationalizing to myself “ I am not out of shape…I don’t look out of shape…my body can eat whatever it wants…I don’t look fat and so I must not be out of shape?” How wrong I was…as time wore on I became more and more unfit to the point I was unable to run around the block without stopping. I got winded walking up more than 2 flights of stairs. I couldn’t play more than 15 minutes of tennis without gasping for air. But I still looked good.

I started to develop a persistent dry cough, which many of my patients and clients can attest to. Then about 4 years ago I began to suffer from these bizarre illnesses that no one could ever seem to diagnose. One year I developed a burning pain down my leg with swelling in my knee, ankle and foot. I was put on steroids and eventually the symptoms went away despite the doctor’s inability to diagnose it. The following year I developed a horrible condition in my eyes called Iritis. It felt as though someone was repeatedly punching me in the face and resulted in two visits to the Bascom Palmer emergency room. I walked around looking like something out of Twilight for a few weeks. After another round of high dose steroids the symptoms thankfully subsided again without a discovery of what caused such severe autoimmune dysfunction. I was seen by a rheumatologist, internist, neurologist, ophthalmologist and no one could find anything significant. Again I was a thin, healthy and in shape 38 year old. The prescription…MEDS, MEDS and MORE MEDS. I was reluctant to take medications however, when they could not be sure what was causing my ailments and there was no assurance that they would even work.

That’s when my doctor recommended I consider having a food sensitivity blood test. Food sensitivity? I don’t have any food allergies. I can eat anything!!! While I wasn’t a regular at McDonalds or Taco Bell, I did indulge in burgers, pizza and pasta on a weekly basis and potato chips was a lunch staple almost every day for 10 years.

Once my results came back and confirmed I did have some sensitivies to wheat, dairy and some other surprising foods (like romaine lettuce and tomatoes???) I decided I was going to make the switch. I would eliminate wheat and dairy from my diet. Not so much because I thought it would actually change anything, but as a test of my will power. After all, food is voluntarily put into our mouths by each of us not – forced upon us. I would test the strength of my will power and prove that I could do it.

The first few weeks were brutal. I had constant headaches, was extremely cranky and irritable mostly because I was STARVING. To be unable to rely on those heavy carbs to satiate my diet was extremely difficult but I stayed the course and by week 3 felt this was something I could handle. I learned to fill my salad with high quality protein, learned how to make my own salad dressing, learned to try new things like quinoa (first I had to learn how to pronounce it) and learned which foods were harmful and reactive to me. By the end of one month I was a whole new person. My skin began to clear up, I no longer had stomach pains (or GAS!!), my headaches went away, my cough subsided (to the pleasure of all my clients and my husband who I kept up night after night) and I didn’t feel the need to drift into a deep coma every day for an hour in the afternoon.

The results spoke for themselves and I was sold. It has been 18 months since I changed my eating habits and began educating myself on the hidden dangers of the food we consume. I have been symptom free of any of those bizarre autoimmune conditions and can honestly say I feel like a whole new person.

Skinny Fat is a real epidemic in our country and I could be their spokesperson. The “Skinny Fat” in our world represents a large number of people who are currently seeking medical advice (or living in denial) for conditions normally linked with the overweight. Conditions such as diabetes, high cholesterol, high blood pressure etc. Just because you are thin does not mean you are in shape. If you are consuming the wrong foods (foods high in sugar and additives, processed foods or even foods that might be normally healthy but that you are reactive to) causes a buildup of toxins in your system that weakness your immune system. This leads to your body’s inability to fight off infections and illnesses correctly and results frequently in the above-mentioned conditions and other autoimmune diseases such as Irritable Bowel Syndrome, Lupus, Fibromyalgia, and Eczema etc.

A 2008 study found that one-fourth of US adults with normal weight has some form of an unhealthy heart like blood pressure or cholesterol. Adults with normal body weight but high levels of body fat are at greater risk of cardiovascular disease and death then previously thought. Another study published in the Journal of America Medical Association found that 1 in 4 skinny people have pre-diabetes and are what we would call “metabolically obese” (AKA their insides are a mess).

Here are some tips we should all be following to keep ourselves metabolically fit:

So making some small changes to your diet and fitness routine can lead to huge changes in your physical well being and future health. Remember sometimes Skinny is really only skin deep.